Driven by emerging technology and to suit customer special requirements Sigma‘s comprehensive range of bond tests is always increasing. One of our latest applications made scratch testing of complex coating much easier to achieve and increased throughput by several orders of magnitude.

Sigma shear sensors include a vertical force sensor that provides its unique programmable landing force feature. For scratch testing this enables the scratch force to be controlled and synchronously measured together with the horizontal shear force. This provides the control needed for scratch testing including the 3 standard procedures;

As with any scratch tester the quality of the bond between layers can be seen in the failure mode and force displacement graph. The following examples show the same PLST on multi layer films of different constructions. 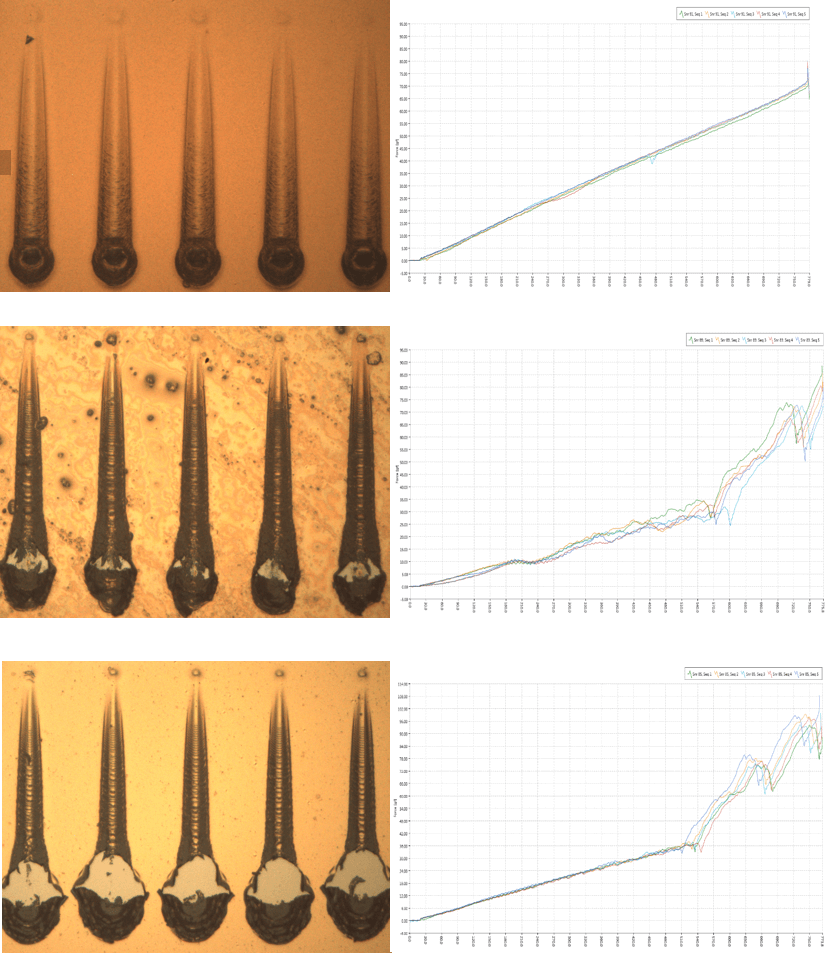 Additional failure mode analysis such as EDX helps to show at what point layers fail. With this deeper understanding quality assurance may subsequently only require scratch testing.