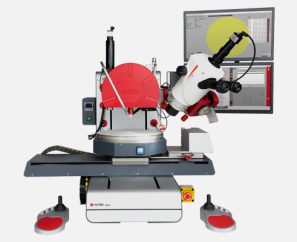 A leading LED (Light Emitting Diode) manufacturer approached xyztec with an interesting challenge. They wanted to integrate 100% gold ball shear testing in their production lines of 2 and 4 inch LED wafers, while reducing labor costs. It was also required to interface with their software infrastructure to merge the production lot data with measurement results. Of course, the highest possible accuracy, repeatability and traceability were of utmost importance. Their previous bondtester supplier could not provide a solution.

In close collaboration with the customer, xyztec developed a unique automation integrated solution, based on the standard Condor 100 platform. A sophisticated customized work holder makes it easy for the operator to vacuum clamp the wafer on the tester, while providing high reproducible positioning accuracy, required for the full automation. Once the wafer is in place, the operator will scan the product identification barcode and the software automation macro is activated.

Within 3 minutes, 30 selected bonds on the wafer are shear tested without intervention by the operator. The software carries out an extensive routine, selecting the correct sensors on the RMU and driving to the precise positions to do shear tests. To prevent gold wire residue from obstructing the tool, a special designed air nozzle with minimum air flow directs the gold wire residue into a collecting box. 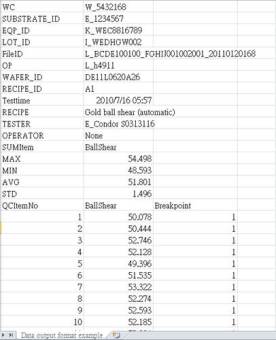 During automatic testing, the operator may watch the machine from a distance, as the camera image, which is shown on a second monitor, provides a clear visual image during testing. This eliminates the need for similar periodic inspection through a microscope enabling multiple machines to be easily and efficiently overseen from a distance. At the end of the procedure, or in case of a problem, the operator is alerted by a clear visual signal on the screen (for example orange to for operator input, red for failures).

The Condor system is configured in such a way that a camera takes a picture of each test which is outside a predefined range and stores it on the central database server for further, off-line investigations. As the images are relationally linked to the database, full traceability is offered to its measurement data. All data import and export functions are automatically running in the background and cannot be influenced by the operator.

Today, no less than eight Condor 100’s are running day and night at this customer facility. The fact that all testing is carried out automatically minimizes operator influence and produces stable and constant measurement results. “Training time for new employees to learn to work with the xyztec bond tester is minimal”, says the quality control manager. 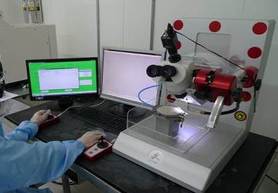 The choice for xyztec was simple, when the previous bondtester supplier turned out not to be capable of fulfilling all requirements.

Xyztec’s local sales and support team in Taiwan stepped in and created a working solution within two months, making the bridge between the customer and the headquarters R&D team of xyztec in The Netherlands. “The xyztec experts were very responsive throughout the project and exceeded all our expectations. A huge difference with our previous supplier!”, says the quality control manager.

The total savings on labor costs alone when choosing for the xyztec fully automated wafer testing solution can amount to 1,600,000 RMB or 240,000 USD per year, as the following table shows: 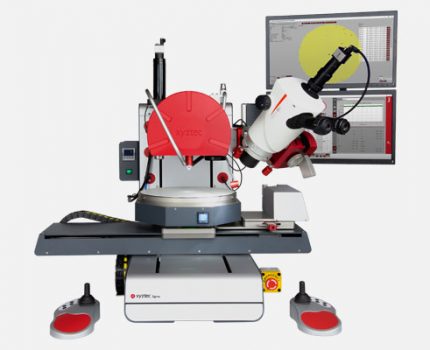