Home » Automatic grading without any assistance 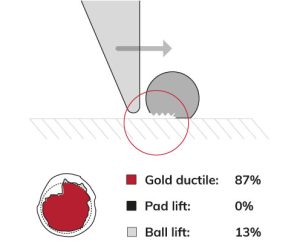 Fully automatic loading and testing on a Sigma bond tester have been possible for years. However, automatic analysis without operator intervention remained a challenge. Using deep learning, we now got this covered! A Sigma can automatically determine the failure modes on samples, removing the need for operator grading on your parts.

What is auto grading?

An operator grades the test result via the microscope or picture after each test or during a grading run) and determines each bond test’s failure mode. This results in either a ‘pass’ or a ‘fail’ for the measurement. Grading by operators is time-consuming and sensitive to interpretation differences.

Auto grading is a software functionality that makes it possible to automatically grade the image of the test result using image processing software. In the case of ball shear, the software application calculates the area of bulk material remaining as a percentage of the whole and can determine various pre-learned gradings. The result of autograding is the failure mode of the bond test. Operators can optionally set the exact rules to determine the failure mode from the image to conform to their standards. For example: ‘if ductile area > 25% of the bond area then the result is failure mode 3’. Rules establish which are ‘passes’ and which are ‘fails’.

Using auto grading, operators do not need to fulfill assessments by accepting or editing the failure modes at the end of an automation run.

How does it work?

Auto grading uses machine vision software to process the images of the test results. The algorithm uses a neural network, also referred to as deep learning.

Deep learning automatically determines the failure modes of the test result images. The system learns features that allow the classifier within the algorithm to distinguish between failures. The test target features are taught by training a neural network in image processing. Operators do not need to fulfill assessments by accepting or editing the failure modes at the end of a fully automatic run.

Does it work on my sample?

The current algorithm already covers numerous different applications, but some applications might require custom work. To determine the autograding possibilities, we need a small set of target images to determine autograding feasibility for the individual samples.

Auto grading on ball shear determines surface areas with regards to the bond area. It is possible to determine the failure mode depending on the different areas: 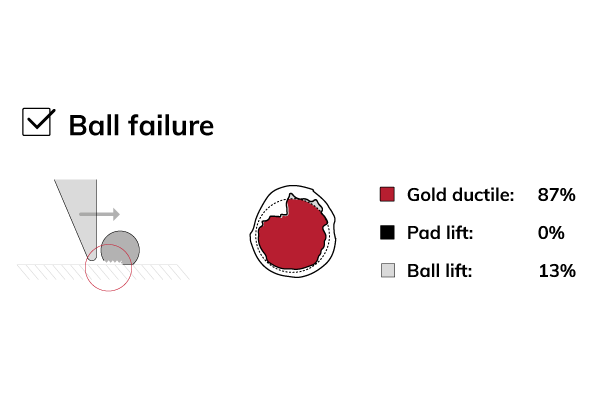 Auto grading of wire pull tests determines the location where the wire is broken.

High wire bonds or variable bond heights can be hard to detect.

This new development comes with very promising functionalities to grade failure modes without any assistance. We expect to be able to continue improving the functionality. Are you ready to automate your processes? Contact your local representative about the possibilities for your samples. 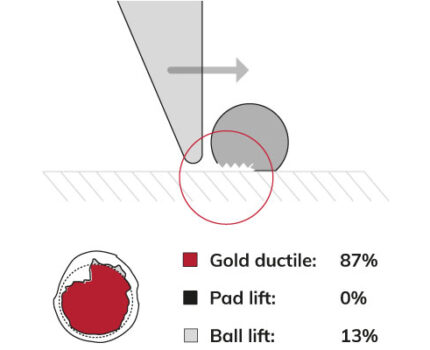