Cavity Shear tools have a semi-cylindrical recess (cavity) that distributes the shear load on a ball over a much larger surface area. This reduces ball deformation and increases the test result values. Although the test result increases, it also promotes more bond (IMC) failures because the ball is not progressively deformed and sheared by the high-stress concentrations produced by standard shear. More bond failures provide more data on the bond’s strength rather than gold’s shear strength.

The objective of a bond test is to find the bond strength for the failure mode of interest. 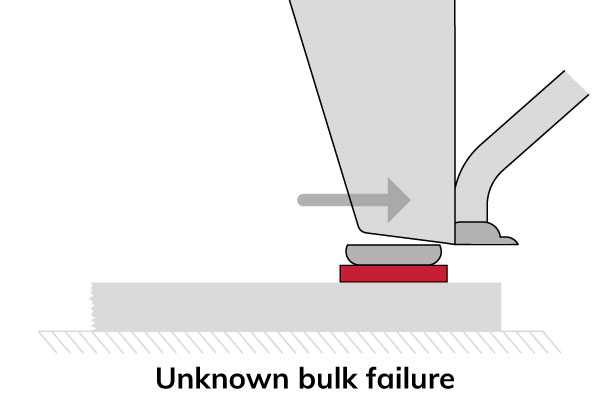 Instead of the failure mode of interest, try to get the highest bond strength possible by increasing the contact area of the tool to the ball using a cavity shear tool with a semi-cylindrical cavity. The traditional chisel tool causes ball deformation due to a small contact area. A cavity shear tool causes less ball deformation and can result in more failure modes of interest.

The passivation layer in ultra-fine pitch applications often limits the shear height causing low test results as the tool simply cuts the top off the bond. Cavity shear minimizes this effect by distributing the test load over the ball. The advantages of cavity shear also apply to solder ball applications. 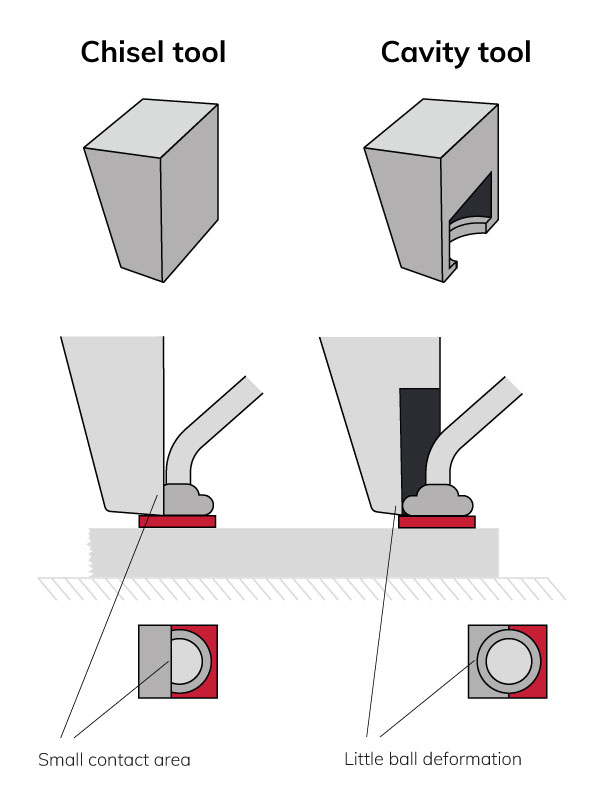