If the geometry of the sample and the wire length are known the resultant angles and forces on the bonds during wire pull can be determined. If the wire length L is unknown, it can be calculated from the loop height.

The general equation is as follows:

If there is no height difference between the first and second bond and the pulltest is performed mid span, the equation can be simplified to:

If you want to pull with a specific angle θ at the first bond, calculate the test position along the wire according to the following formula.

The angle at the second bond Φ is derived from this expression.

If you want to pull with equal angles (θ=Φ), the following formulas apply.

The forces t, p and s then are as follows. 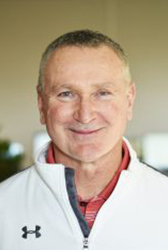