Copper pillar is rapidly being adopted as a bumped wafer interconnect. The construction is that of a Copper cylinder around 50µm in diameter and height, topped with a dome of solder.

An alternative to pull testing is a shear test. If this is done with a very low shear height the bond is subjected to mostly shear. If a high shear height is used the bond is loaded by shear and a bending moment. It is though the bending loads, and in particular the tension side of the bending moment, that typically cause the bond to fail. The pillar tends to pivot on its edge furthest from the shear tool, making the failure mode very similar to that of a pull test.

The advantages of a high shear test are that the tool and test are much simpler. Making pull tweezers with 50µm cavities is difficult and costly. Aligning them to the pillar takes time and requires skill. A shear test is no different to that commonly used when testing wire bonds. The only difference being the shear height is bigger. The tools cost a lot less and its alignment to the pillar is not so critical, making it less skilled and faster.

Variations in shear height will cause variations in the test result but with the Sigma accuracy of ±1µm these affects are likely to be less than those caused by the grip reforming and operator misalignment in a pull test. It is though beneficial to test with the highest possible shear height as this reduces any effect from the small variations in height and assures that the bending moment dominates the failure mode.

For a solder ball a Cold Bump Pull test is known to be better than shear. A 1st bond Gold ball test is best done with a low shear height. The reason for both of these comes from our “Golden rules of bond testing” ©, they both produce the highest number of failure modes of interest or the highest possible test force.

In the case of Copper pillars we should be guided by these same rules. Shear is the simplest test and it does produce the failure mode of interest. The optimum shear height will be the one that maximizes this or produces the highest test force. 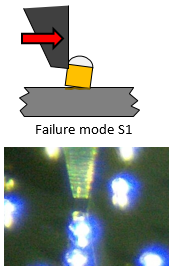 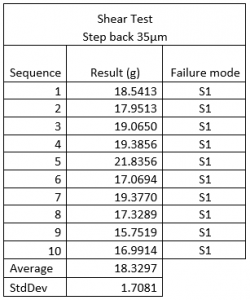 As with any shear test, testing the solder to copper interconnect requires accurate alignment of the shear tool to the bond line. When the height of the bond line from the substrate varies due to tolerance build up conventional shear height methods can be a problem.

A solution is xyztec’s unique top landing shear method. The tool lands on the top of the solder, then moves back and down programmable amounts to guarantee a shear height relative to the top of the pillar rather than its base. 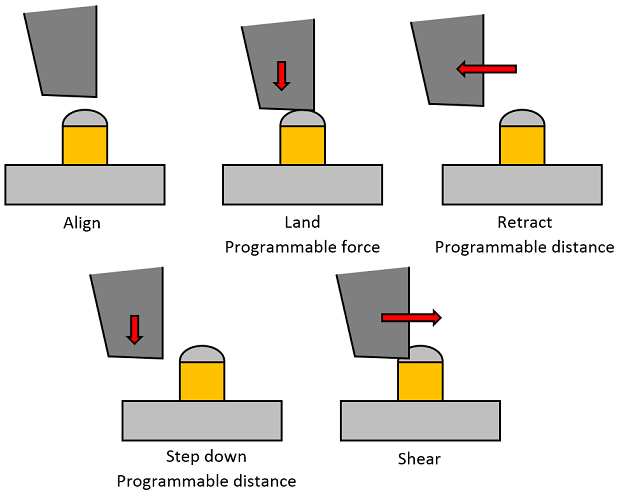 Choose between pull and shear testing #

The choice between pull or shear testing depends on the application and the test objectives. Xyztec has a lot of experience with different types of copper pillar products and can advise you on how to test in order to get the best information for your quality assurance process. If you are interested to find out more please contact us for more information, to request an application report, a demonstration or a quotation.