While many things can affect the force measurement accuracy of a bond test, its ultimate limitation is that of the force sensor. With advances in technology, accuracy can be dramatically improved with no cost penalty and no need to select force measurement ranges. How is this accomplished? 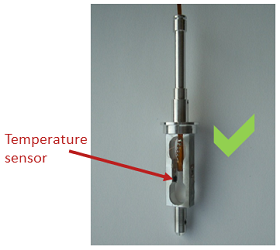 The limitation of a bond test is the force sensor measurement. The limitation of the force measurement should be the sensor load cell, sometimes called the transducer. The main cause of error in a load cell is sensitivity to temperature. Even small changes in temperature can have a significant and detrimental effect. The previous state of the art was to add hardware to the load cell strain gauge bridge that reduces output changes caused by temperature. This is a difficult procedure that required the temperature sensitivity to be measured and then an estimate of the required hardware correction applied.

Sensor ranges were invented to overcome limitations in the conversion of the analog sensor output to a digital output. Less capable Analog to Digital Converters (ADC) have a resolution
less than that of the sensor’s analog signal. This means their accuracy is dictated by the ADC rather than the sensor. This is particularly bad when measuring low forces. To overcome this
limitation ranges are used. Ranges apply the number ADC steps to typically 100%, 50% or 10% of the sensor output. It is a common misconception that ranges improve accuracy. They do not.
They simply limit the negative affect of an insufficient ADC capability. 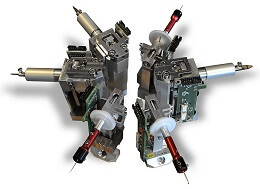 Sensors using 24 bit ADC with digitized resolution result in 16,777,216 steps. In comparison, systems using 16 bit and 12 bit result in 65,536 and 4,096 steps respectively. This difference in
digital resolution is very significant when it comes to accuracy.

Utilizing a 24 bit ADC, digital temperature correction, and no ranges to select, modern bond test sensors can achieve accuracies of ±0.075%. Also, accuracies are maintained when measuring at
the high or low end of its maximum specified value.